skip to main | skip to sidebar

I decided to maintain a separate blog for photos and reserve this space for my musings & rants.  Here is the link to my photo blog: http://shuuro-photos.blogspot.com/ and subscription feed: http://feeds.feedburner.com/shuuro-photos

Starting next year, my postings will be more regular.

I was going through my CD collections and i found some pictures Of Sri Kalahasti Temple Town, which i took three years ago and thought of sharing them.

Sri Kalahasti temple is dedicated to Lord Shiva. It is one of the five major Shiva temples. It is situated on the banks of the river Swarnamukhi and it is 36 kms from Tirupati, Andhra Pradesh, India. Initial structure was built in the 5th century and later it was extended in the 12th century. Entire temple is carved out of the side of a huge stone hill and it is recognized for it's architectural brilliance. Unfortunately, photography is prohibited inside the temple. 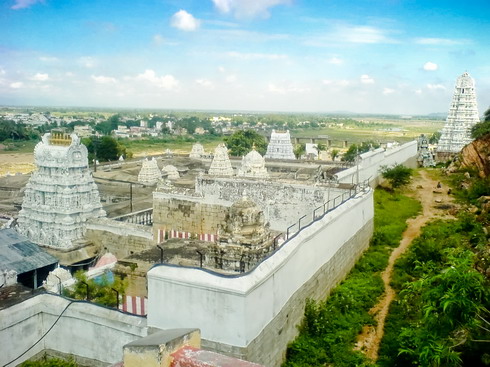 This is one of the gopurams(entrance towers) 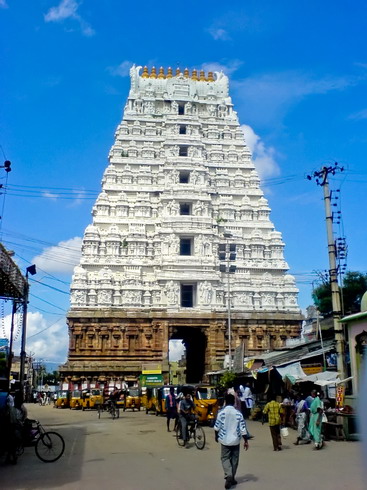 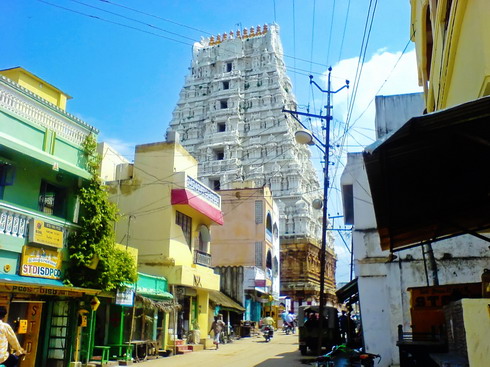 This elephant at the entrance of the temple gives blessings to devotees in exchange for coins. 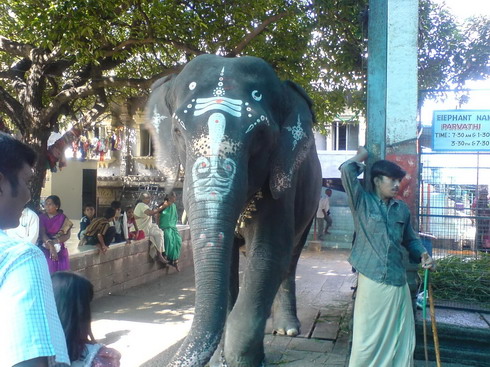 View from the top of the mountain 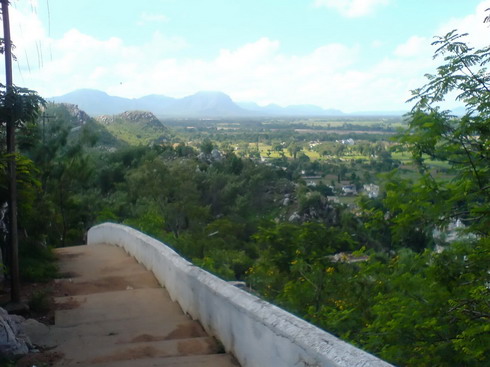 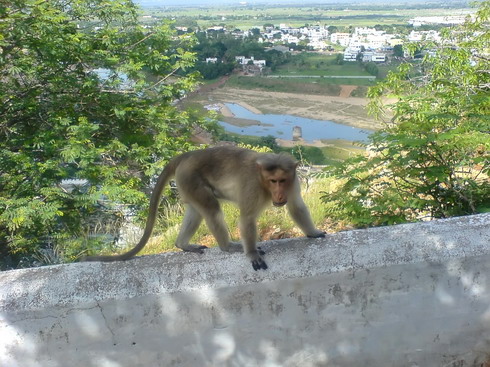 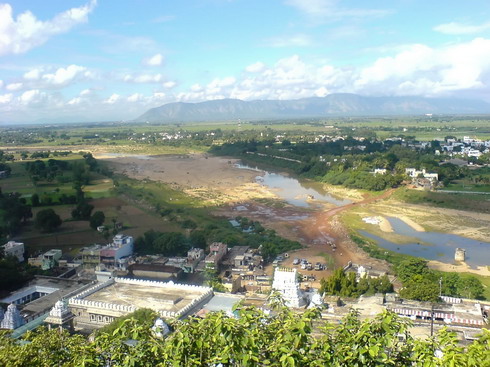 This is the garden near the temple 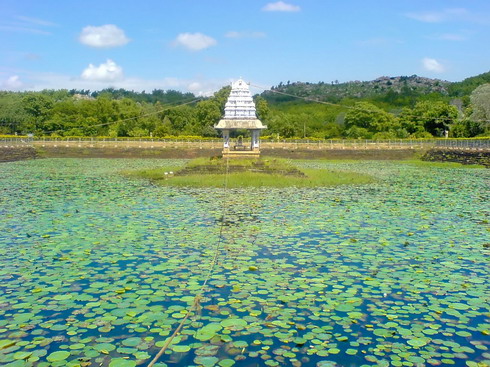 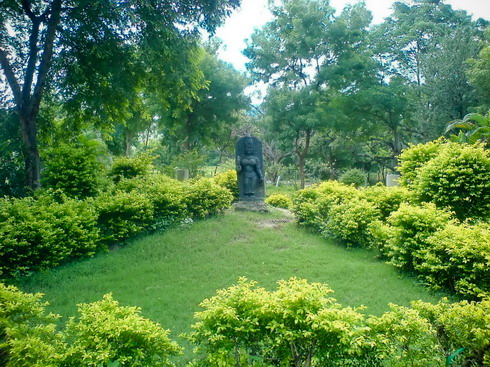 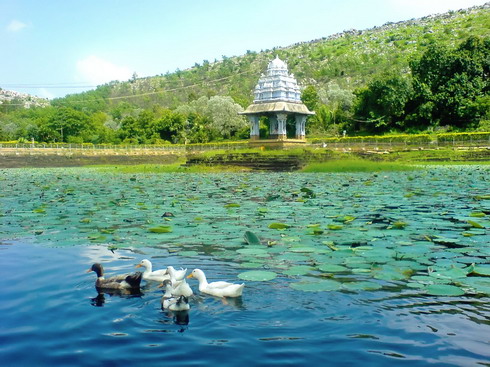 Please watch this visually stunning movie called HOME It is about how humanity has upset the balance of this planet in last 50 years and explains why next 10 years is so important to reverse this trend. Here is the trailer:

Posted by Shuuro at 3:27 pm 4 comments: Links to this post

Attacks on Indians in Australia

Around 90,000 Indian students study in Australia and they have contributed $2 billion to the Australian economy in last financial year. This is the third largest export earnings for them.

There has been reports of racial attacks on Indian students in Australia. I’ve been reading about such attacks since my 10+2 college days. During those days, due to severe racial abuse, one of my friend was forced to return to India leaving his graduation unfinished. Now, situation seems to have become very grave.

"We have seen over 60 to 70 violent attacks in the last one year and over 600 reported attacks. And that's too many"

I am opposed to calls for more police, as it appears that the police have been part of the problem... they blame Indian students for 'making themselves targets’

You might wonder how do they make themselves targets? Well, according to Victorian Police deputy commissioner Kieran Walshe, Indian students carry valuable items such as Ipods, laptops and phones during their commute. Shamelessly blaming victims doesn't hide Aussie police's ineptitude, Why is that these items which are commonly used by everyone else has become uncommon items for Indian students?. How can they explain attack on Sravan Kumar and his friends, which happened inside his house?. Even though eye witness & victims had reported accounts of racial slur at the time of some attacks, police still believes that these crimes are not racial at all, they just think that Indians students were at the wrong place at the wrong time!.

I’m completely disappointed with Indian government's response, When situation is so serious, Why don’t they issue travel advisory to Indian students who intend to study in Australia?. Let Australian government feel the financial pain. Specially, when they are not too willing to admit that these attacks are racially motivated and let alone address them. 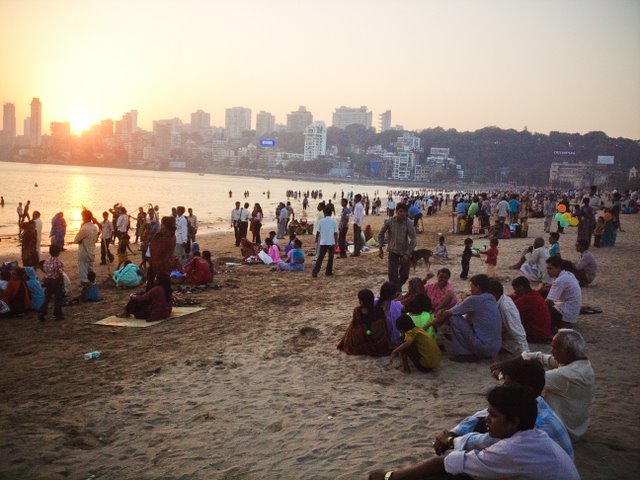 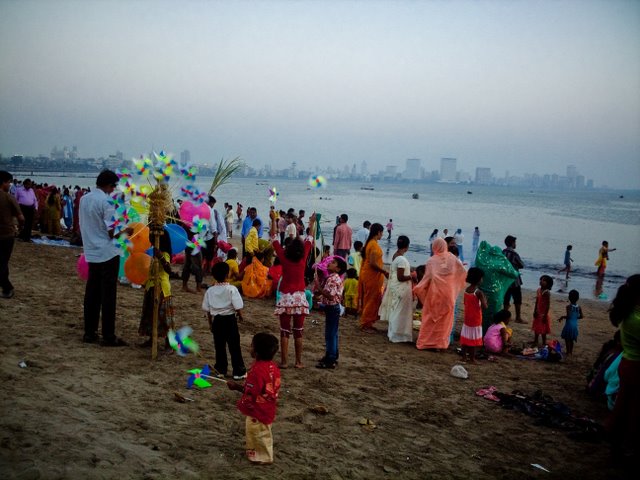 Hindu women from Bihar and UP states performing Chat Puja, It is dedicated to the Sun God 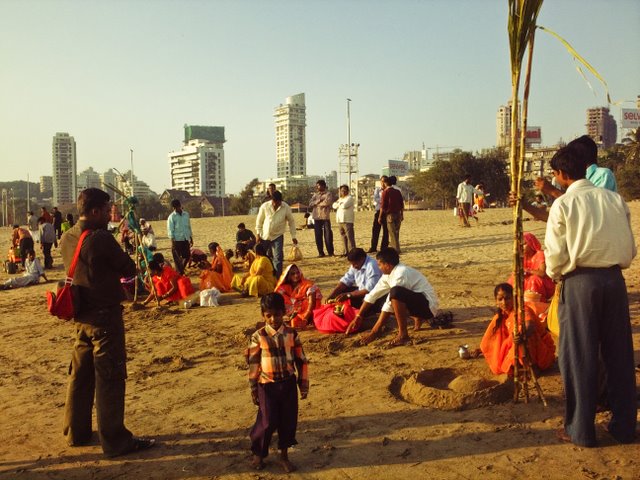 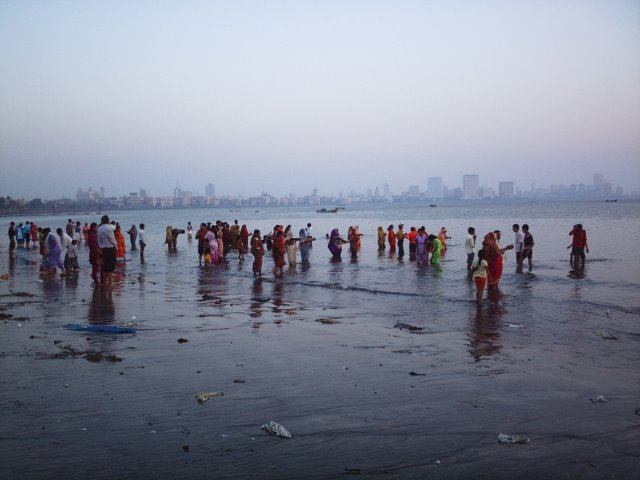 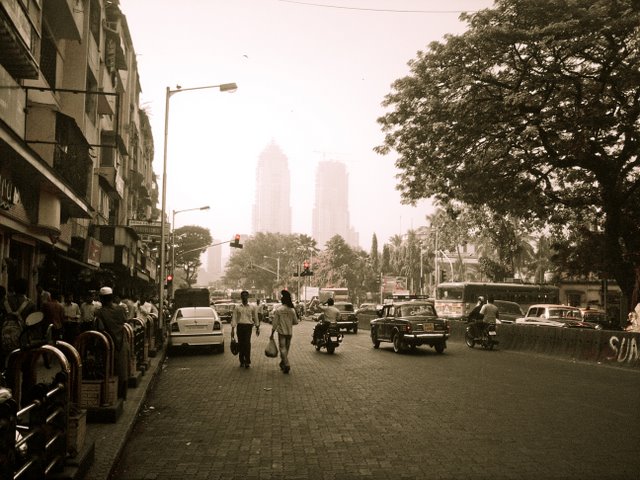 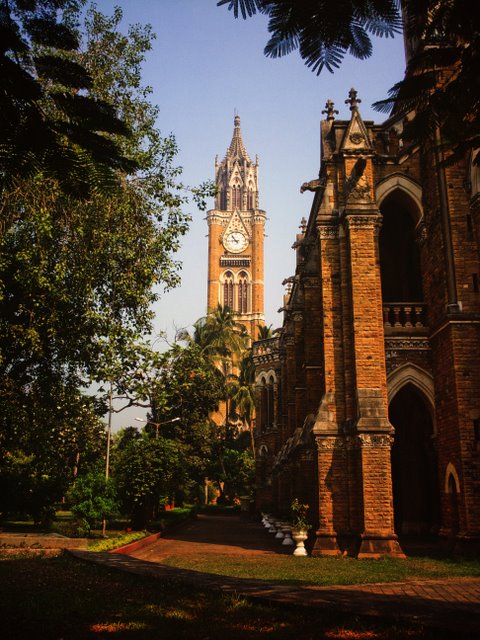 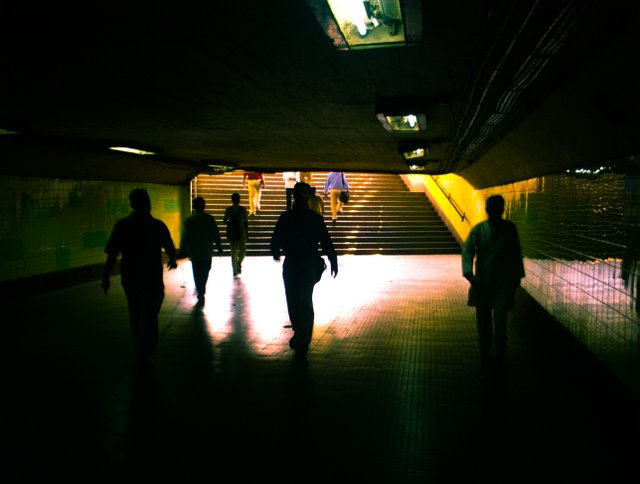 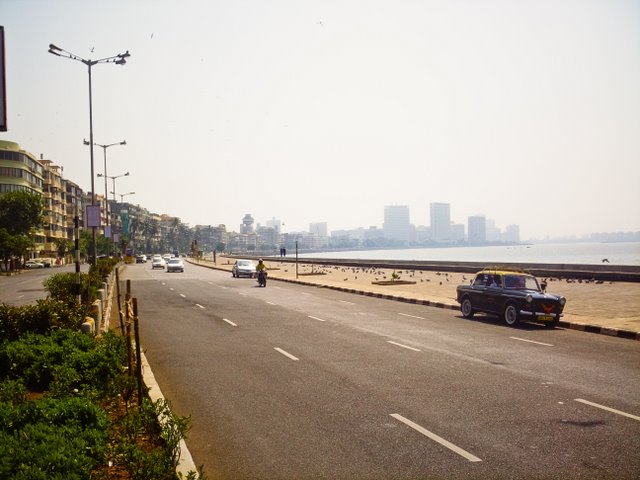 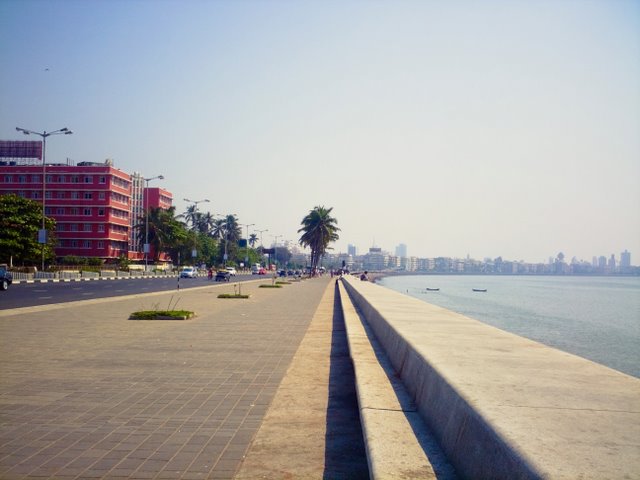 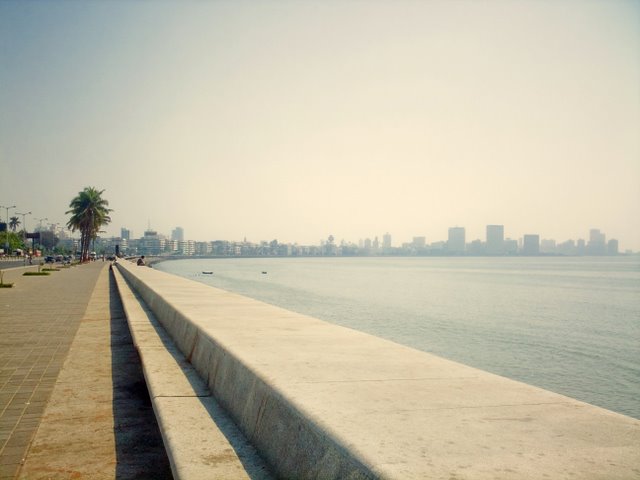 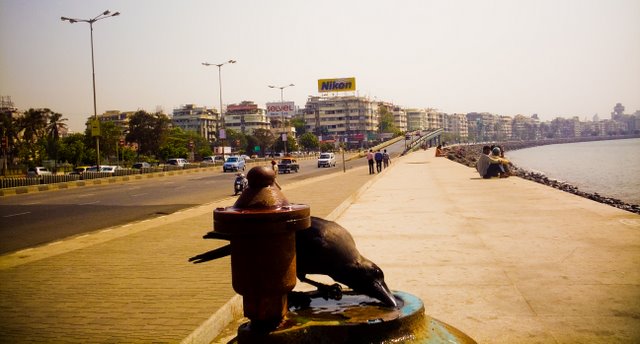 Some more pictures from Marine drive :

Above pictures were taken with my cell phone, I-Mobile 902.

Posted by Shuuro at 2:25 am 4 comments: Links to this post

I'm sorry, all comments on recent posts got accidentally deleted.
Posted by Shuuro at 2:30 am 1 comment: Links to this post

Lost in his world Some kid on a train. He was very happy to sit near a window but his elder brother didn't let his pleasure last  for long.